Join me in this completely unjustifiable and made-up look ahead at 2016. Let me know in the comments section if you think I’m correct, or I need to get my magic 8-ball calibrated.

1. More breweries, wineries and distilleries will open. This one is a no-brainer. There are a lot of folks out there who think with a lease and a website they can make millions and just as soon as they convince you to help finance them, ready or not, they will open.

And the media writes it up, features it, highlights it, and we all go tracking over to see what they have. We love new experiences and the chance to discover the next must-have beer..

2. More bad beer/wine/spirits. You may have read posts from local beer bloggers about this already. It’s risky for some to write/talk about it.  Nobody wants to make enemies of the folks they depend on for content. The problem with calling out ‘bad beer’ is that most of us are not beer experts and if we like it, we drink it and we don’t spend the time to educate ourselves on what “good” beer is. And maybe, so what? Especially if the price is less than $5 a pint.

3. While we’re talking about local beer bloggers: One of them is going to get publicly ‘called out’ by a brewery/winery/distillery for something unflattering that they published. There will be words – lots and lots of them – and maybe a lawsuit or two, and we’ll all sit back and ask for more popcorn while it plays out. Who doesn’t like a good drama? This is a good time for me to remind everyone that this is fiction, ok? Don’t come after me just to make this come true!

4. Competition between breweries will heat up and that ‘we are family’ atmosphere will be gone. When the beer biz was smaller, it was a nice little club and everyone helped each other freely. But now, there is a new baby every week and the older kids are getting sick and tired of sharing what little room in the house is left. That NorthEast bedroom is packed! Expect to see some animosity when brewery A steals brewery B’s event ideas. There could also be some ‘incentives’ for bars and taps to carry brewery A and keep the competition out. Wait, can they do that? Only if they don’t get caught.

5. SUNDAY SALES… will be talked up, sound-bited, blogged, but ultimately not put on the omnibus liquor bill by the powerful few legislators, and not passed separately. Again. Despite the majority of the population wanting it, folks don’t want it bad enough. Instead, a proposal to let brewpubs distribute their beer will be the ‘compromise for the beer people’. It’s too bad, really, because I think the grassroots efforts have changed minds, but the average Minnesotan just doesn’t care enough to get involved beyond an electronic signature form.

6. More liquor stores will go out of business. The days of the small store will be history. Consumers want price and convenience, in that order. While it is delightful to encounter a sales person who knows what foods pair with what beer, most don’t find it worth paying for.

It’s not unlike what happened to the small hardware store: Sure, it was closer, and the folks there were nice, but you could save $4 by getting that hammer at the discount warehouse, so that’s where we went.

7. There will be a merger of two Minnesota breweries. The bigger one will ‘save’ the little one, and by save, I mean buy them out, take their equipment and recipes and then close it. Emotions will go from ‘Yay! You saved them’ to ‘Wait, what, you closed them?’ This has already happened except the brewery was in Wisconsin and we didn’t care very much. This time it will hit a little closer to home.

8. Local craft beer will be pushed out of the professional sports venues by big beer and their distributors. They will negotiate the venue to just say NO to the little local brewery that is taking sales from big beer. Or, if they do allow them, will insist the sell price of craft be nearly double what they sell theirs for and they’ll count on the consumer to buy the less expensive. There are dollar signs into the 7 digits here via sales, advertising and branding. Go ahead and apply the David and Goliath analogy here, except David has no stones. 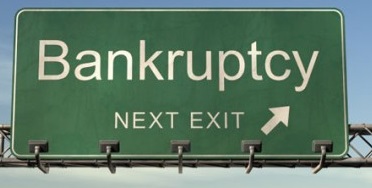 9. A brewery/winery/distillery will open but despite all the professional and slick marketing, will find themselves out of capital in months and have to declare bankruptcy. The investors will lose money, people will get ripped off. The media will be all over it with headlines of ‘Has the Craft Bubble Burst? Good Question’ reports. The biggest consequence to come from it will be that the public will no longer take a risk for the ‘invest in craft brewery’ pitches via Kickstarter/incentives and such.

10. 2016 will be the last (Surly) Darkness Eve. Not the Darkness Day – the eve. I’m not going to tell you why for fear one of you will think ‘that’s a cool idea, I should try that’. Very humbly, I truly hope I’m wrong on this one. You are all free to find me and ridicule me (ha-ha) when you see me at Darkness Eve 2017.