October 4, 2012 - Newsfeed
Yes, this month is about Minnesota, but to ignore Oktoberfest, would be to ignore the elephant in the room.

Oktoberfest beer is also known as Marzenbier. What does this mean? Well, for one, Marzen is the German word for March. Which is the month that this beer was historically brewed. Why brew beer during the month that comes in like a lion? Because in the old days they didn’t have refrigeration, and that meant that brewers were unable to actively practice their craft during the summer months.

Can I get an Amen for technological progress?

Today, that’s a non-issue for us, but it doesn’t diminish the enthusiasm we have for the special time of year known as Oktoberfest.

So, while we won’t be visiting Munich, I can tell you that we’re sojourning to Schell’s Brewing Co. in New Ulm, Summit Brewing Company in Saint Paul, and Lake Superior Brewing Company in Duluth to taste their interpretations of the beloved Marzenbier. 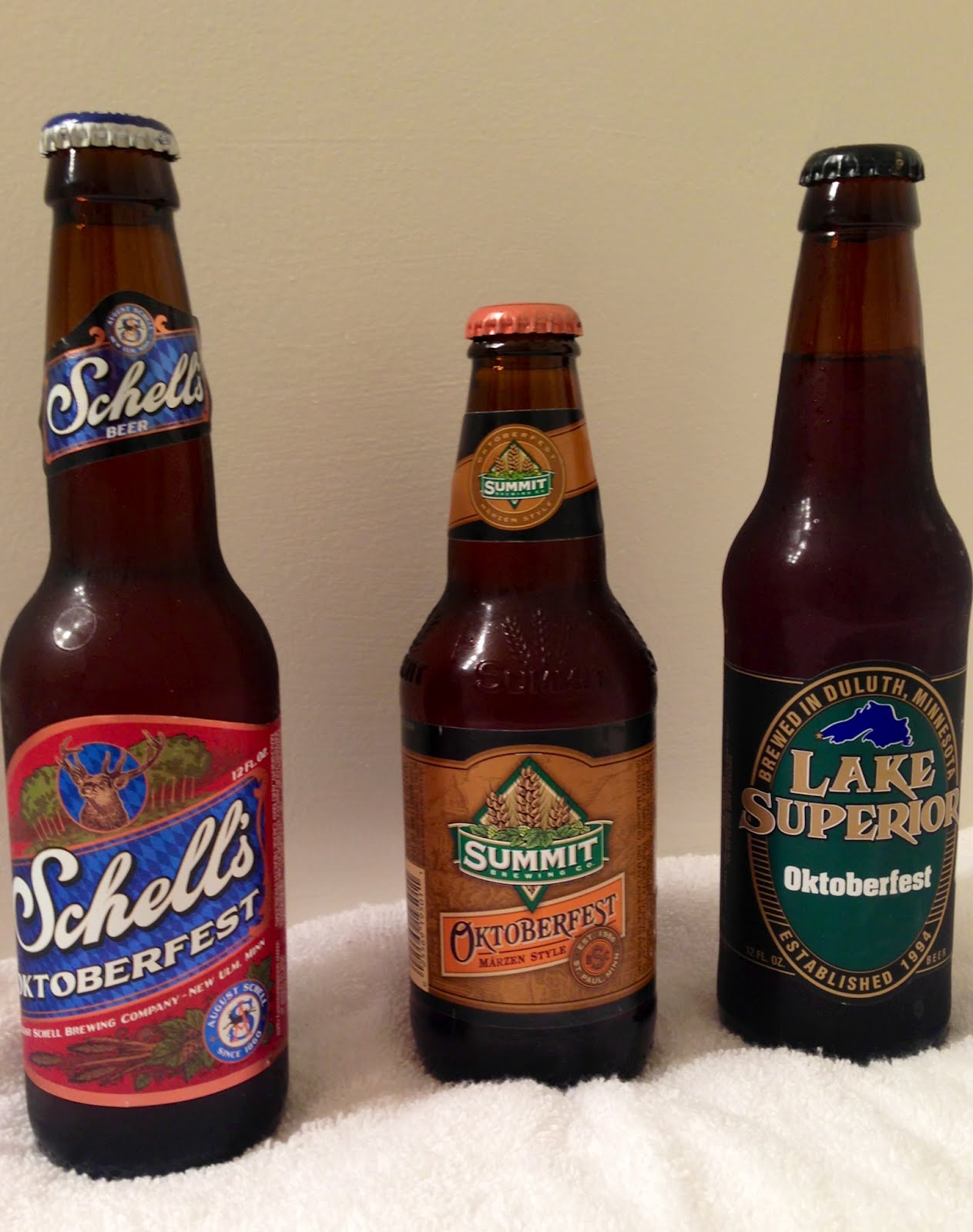 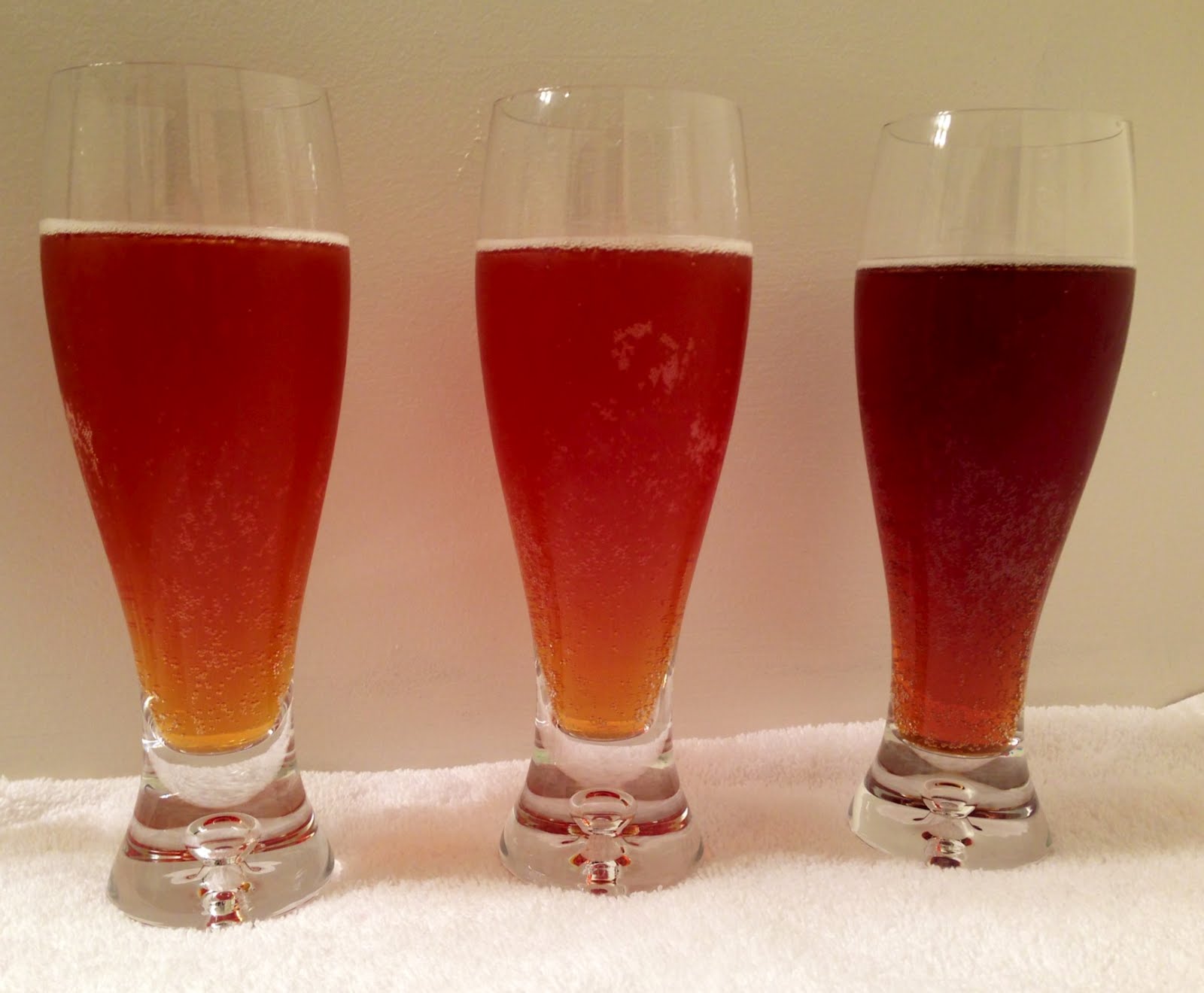 Schell’s Oktoberfest
Schell’s tells us that its Oktoberfest is, “Brewed with the perfect balance of Pale, Munich, and Cara Pils malt with Liberty and Perle hops to create a rich, smooth taste.”

Kat: This is a radiant, light orange. There is a really light head on the pour that fades quickly. The Nose is toasty. Sweet. Nothing too powerful. The first sip yields some club soda big-bubble-style effervescence that is a little bit intense. This seems to be a theme with the Schell’s beers I drink.  The actual flavor is sweet and extremely malt forward. The mouthfeel is much lighter than the taste alone would suggest. It lingers at the back of the palate initially but moves forward over time.

Marcus: This looks like a dirty gold to me. The nose is much more reminiscent of a lager than anything else, actually. Flavor-wise this is a much lighter beer than I would expect. It has a great malty taste that isn’t overpowering and a clean finish.

Kat: This has a richer, copper color to me. When I give it a good whiff it has a rich, grainy thing happening. It really blooms mid-palate for me. There’s a mild malt presentation that starts to get stronger towards the end and builds strength as you continue to sip.

Marcus: The color is not-so-gold anymore, it toes the border of light brown. This beer has a much fuller, darker malt scent. The taste is uniformly strong all the way through, without being too heavy. It’s malty-smooth. The taste really takes up residence on the back of your tongue.

Lake Superior describes this Oktoberfest quite succinctly as, “German hops float atop a rich caramel malt base.”

Kat: This is a legitimate, dark amber color. Like, you might trap some insects in here and fossilize them. It has a really heavy, dark malt scent that comes off as sweet. Mouthfeel-wise, I don’t want to declare this smooth, but there’s not a lot going on here. We hit one malty note briefly mid-sip and then it just vanishes. There is no aftertaste. It’s very simple.

Marcus: This is a golden brown. It smells much fuller than the other two beers – syrup-y is a good way to put it, actually. After taking in the scent, I’ll be honest – the flavor is really underwhelming comparatively. It’s smooth but the flavor profile falls a bit flat. There’s a slight flavor peak in the middle but that’s the whole show.

Our Preferences…
Apparently we’re trying to start some sort of streak because once again, we have consensus on the issue of what to bring to your party.