Some of you may be wondering why I decided to focus on New Glarus beers this week. Since, you know, we can’t get them here and I’ve only dedicated a week thus far to tasting our homegrown brews.

1. We’re going to have more than enough time to taste Minnesota beers. We might even be lucky enough to have an all-Minnesota month! I know. I KNOW. It will be fantastic. In this instance I counsel patience.

2. My brother, Billy, is working on his master’s degree over the border (again, I know). So for the last year we have been employing him to ferry over sampler packs of New Glarus beer every time he returns home. Since he spent the summer in Texas, we decided to celebrate his return to The North (and the return of our beer deliveries) with a tasting. 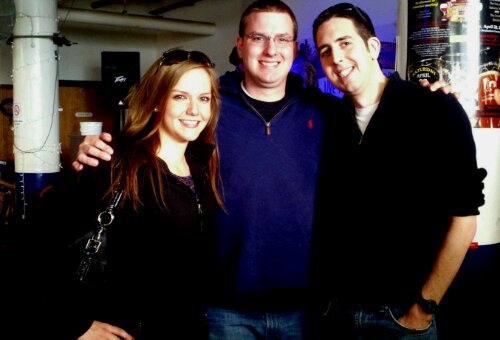 Like I promised in the first week, there would be a point where we would taste more than three beers because I have no self control. Or, more truthfully, because we were confronted with a situation where we had four different beers in the sampler.  As well as the latest beer from New Glarus’ Thumbprint Series.

I know, I know. You wouldn’t be able to choose either. And why should you have to? 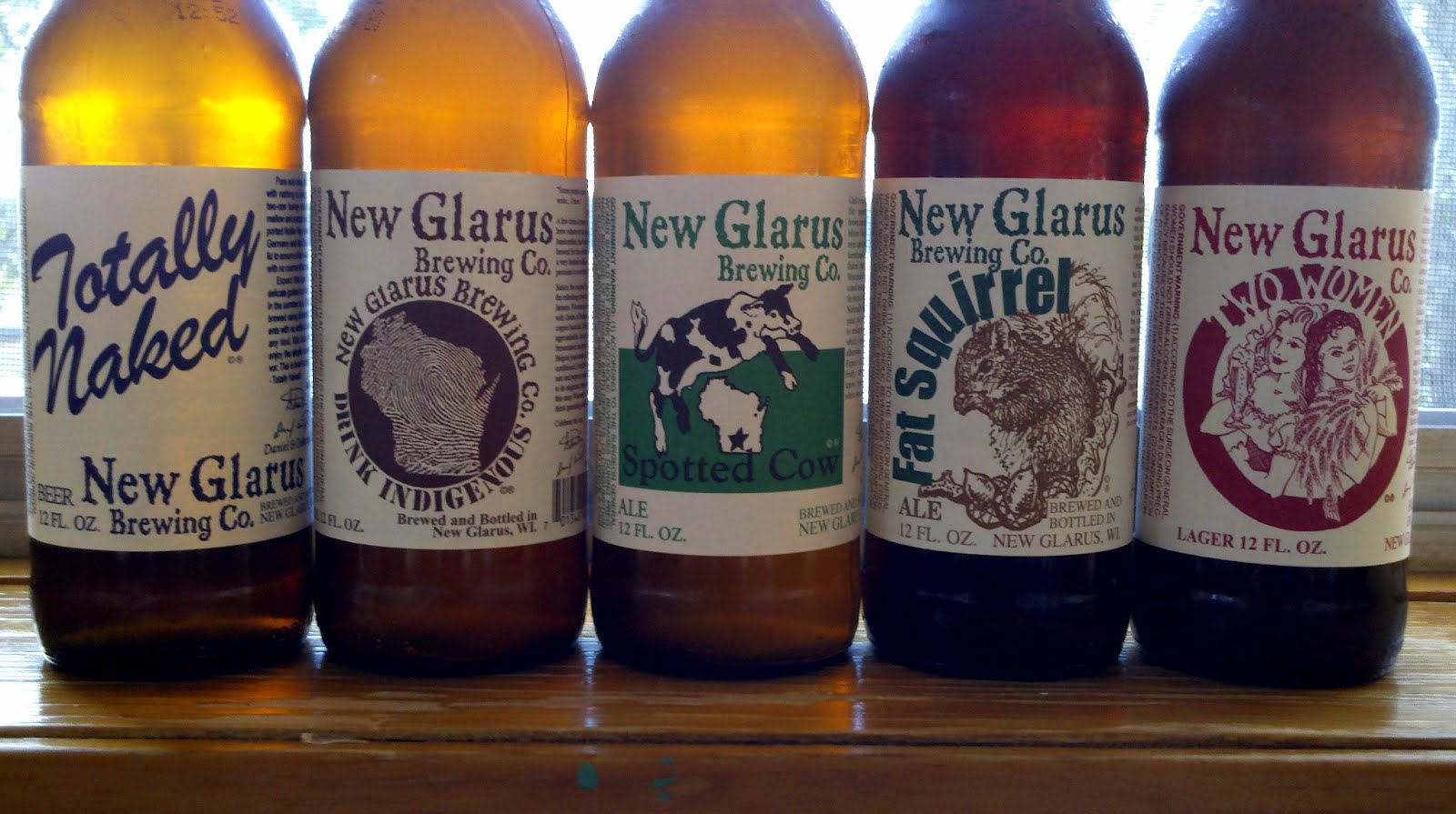 Totally Naked has a fine mature aroma with no coarse bitterness.

Kat: Going into this, I knew that Totally Naked was going to be a light beer color-wise, but I’m still taken aback by just how light yellow it is. This has a really crisp lager scent. Very straightforward and unsurprising. Taste-wise I think it’s light, subtly fruity and that it kind of stays with you after you’re done drinking. It almost seems to intensify over time which is not something I would expect from this type of beer.

Billy: It smells like white wine, and it’s nearly the same color as a white wine, really. I think it’s very light and very smooth with a touch of sweetness.

Kat: I definitely “get” the initial lemon-citrus scent on the nose and that continues on through the actual drinking of the beer. I love when things go down like that – it’s kind of like matching your belt to your purse to your shoes. They don’t have to “go” together to be good, but sometimes we can do without the surprise of another element. I would have to say that if the pepper does “hit”, it’s more of an aftertaste than anything else. That may just be the dryness, though. It’s obviously a Saison, but not a jaw-dropper.

Marcus: I love the smell. It’s not as cloudy as I would expect, but that’s kind of a non-factor. You can get the fruit flavor but I never taste the pepper. I’ve had one pepper-based beer that has set the standard for all other beers that claim a “pepper” note in their flavor profiles and I have yet to drink another one that would give it a good run for its money.

Billy: I’ve never had a saison before.  Wow. The scent is very strong. It smells similar to a weisse beer and tastes that way as well. I get the lemon but the pepper just isn’t there for me. Also, it has really great carbonation. Not overpowering, but consistent.

Spotted Cow is concisely described as being fun, fruity and satisfying.

Kat: There is no nose at all for me here. I could describe the middle as broadly-fruity per the description, but that might be generous. There’s a light touch of sweetness. Even though Spotted Cow is the star of the New Glarus lineup, the biggest praise I can give this beer is that it’s non-offensive and totally honest. It’s a beer. It’s crisp. It leaves a solid, simple aftertaste  and nothing lingers.

Marcus: It has a very light, almost warm grain scent, so you have to get into it almost immediately. You need to know more. Taste-wise, I think that it has a heavier taste for a lighter beer. It doesn’t just float across the palate like most light beers. The finish really leaves me wanting more.

Billy: This is pretty straightforward to me. It has a good beer flavor. I’m especially impressed by the finish – every beer should finish like this, really.

Clean hazelnut notes result from the fact that Fat Squirrel is loaded with six different varieties of 100% Wisconsin malt.

Kat: It’s a brown ale, so, in the glass it looks 100% the way you would expect. Brown. Not too thick. I think that this is really, consistently malty (and warm!) from head to tail. And, they do not kid about the nut flavor that comes from that. It’s very true to advertising, and the nut flavor really lingers, permeating everything.

Marcus: Very malty smell. Very malty taste. I can believe and understand that they used six different kinds. I get where the “nut” flavor is coming from but I’m really getting some caramel in there, too. This is definitely not a beer designed to showcase any sort of hop flavor. An easy finish makes it really drinkable.

Billy: Fat Squirrel has a very nice aroma and a strong nutty flavor that is just as they intended it to be. I think the nut flavor comes across in a much lighter manner than you might see in similar beers while still accomplishing the same full flavor.

Kat: There is an initial scent but it’s really nondescript as far as “noses” go in my book. It also comes across as bitter to me when it rolls over the sides of my tongue. If I were forced to commit to one word that would describe this flavor, it’s “brown.”

Marcus: No scent at all. I find the lager aftertaste to be very similar to Totally Naked. But I’m not impressed.

Billy: This has a good lager flavor. While it has very little scent compared to other beers, it does have some. I think it would intimidate some people because of its color, but the taste really shouldn’t.

So, what are we bringing?

While we agree on our least-favorite bottle, this week is really all over the board.

Kat Magy has spent a lifetime in Minnesota with a love for beer, traveling Up North, sprinkles and running marathons. She also blogs at Tenaciously Yours, and you can