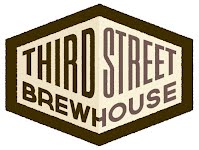 The last few years have been an exciting time for beer drinkers in Minnesota. We have seen a real groundswell in the craft beer community. Small breweries are popping up left & right. Third Street Brewhouse, the latest brewery to jump into the craft beer scene, is anything but small and not exactly new. Cold Spring Brewing, the company behind Third Street, has existed in one form or another since 1857. The deep pockets and wealth of industry knowledge at Cold Spring Brewing has enabled them to build a brand new and impressively large brewery.  Staffing the new brewery are several very experienced brewers using the very latest in brewing technology.

The Brewers Horace Cunningham is the Director of brewing. Horace has a serious brewing pedigree. He spent time at Terrapin Brewing and Summit Brewing. Horace is also the incoming president of the Master Brewers Association of the Americas, a well-respected organization that provides leadership and support to professional brewers.  His goal is to create a product that will be second to none and appeal to wide spectrum of consumers. 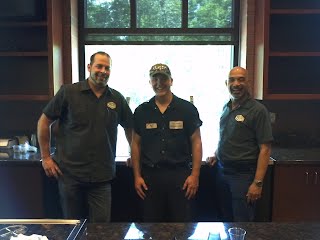 Part of appealing to consumers is making sure they know what they are drinking.  Horace is putting together a “Beer School” at the brewery to educate their consumers.  The education aspect makes a lot sense.  Why bother creating a premium product if most people don’t know realize what they should be tasting, or how it was created?  Hopefully we will see similar educational programs from brewers.

Horace is supported by a very Minnesota-based crew of brewers. They hired brewers from Rock Bottom Minneapolis, Granite City, and McCann’s. If you follow the brewing culture in Minnesota you will recognize names like Mike Niep, Steven Gittens, Bob McKenzie, Karl Schmitz, Chris Laumb, and Adam Thies. 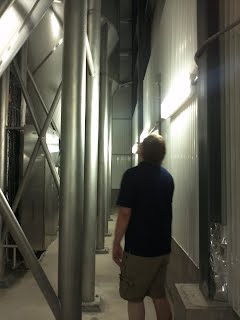 The facilities at Third Street Brewhouse are simply amazing. They have invested $12 Million dollars into creating what is probably the most advanced brewery in Minnesota. The technology is really second to none. There are data cables linked to sensors and probes running literally everywhere. Everything is recorded and monitored by a state of the art brewing system put together by GEA Brewery Systems in Kitzingen, Germany. The use technology in the brewing process enables the brewers to create beer to exacting specifications and consistency. One of the things beer lovers hate is any variation in the final product. The ability to brew a consistent premium product will go a long way with craft beer fans.

The size of the brewery is daunting. The glimmering stainless tanks are close together and don’t occupy a huge footprint, 7,000 square feet. However, what the brewery lacks in area they make up for in height & volume. The tanks & fermenters are huge. The estimated annual maximum output is 200,000 barrels. The ability to brew such a large amount of beer (in craft terms) should give Third Street an immediate presence across Minnesota, if not the region.
The Beers
Third Street will launch with the year-round beers.  They will offer a cream ale, brown ale, and a black IPA.  In addition to regular offerings they plan on brewing some seasonal and special release beers.
Rise to the Top ~ Cream Ale

This is an easily drinkable beer that can satisfy at a session with friends. It is definitely the beer I found most appealing. Minnesota doesn’t have many cream ales and this one is executed to perfection.

Lost Trout is a brown ale that adheres stringently to the style guidelines. The hop flavor and aroma is full and plays well with the roasted malt flavors. There is limited fruitiness and medium body.

The rich darkness is not excessive as is sometimes seen in other craft iterations. A medium high hop flavor and aroma befits this style. The caramel and roasted malt flavors and aromas are enhanced with a well-controlled fruitiness.

The Details Third Street beers will start showing up around the Cold Spring / St.Cloud area during the last week of June, and the Minneapolis / St. Paul area two weeks later.  Initial distribution will be limited to Minnesota with products available in both 6-packs and kegs.  Brewery location and digital info can be found below.