Summit has recently announce the next in their Unchained series. For the twentieth in the series, brewer Mike Lundell has decided to brew us a Düsseldorf style Alt. 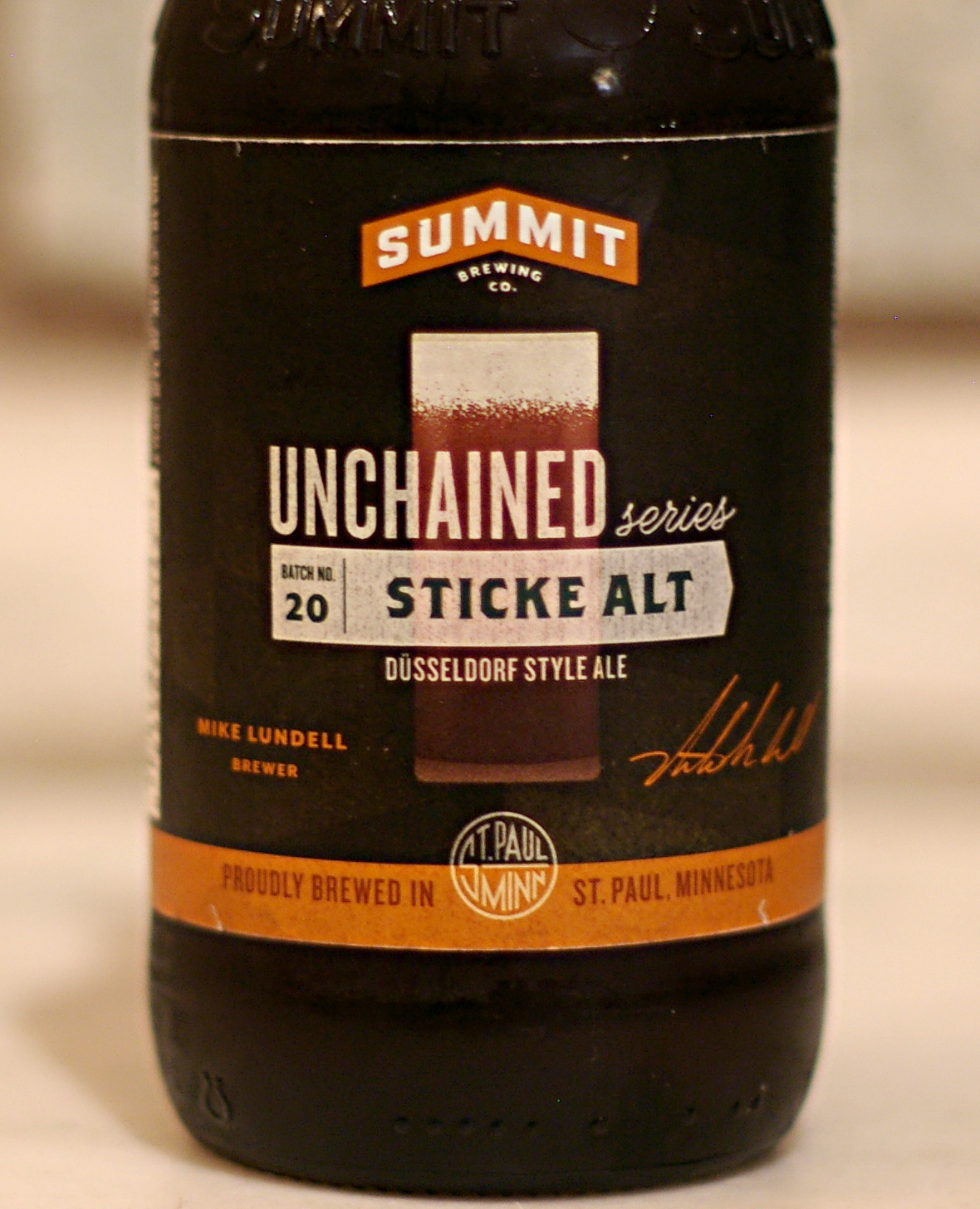 Summit likes to show appropriate glassware on their label

An Alt is a fun style. It’s a traditional German beer that’s brewed with an ale yeast strain, rather than a lager strain. After fermentation, Alts are conditioned cold, which gives a clean, lager-like flavor profile to the beer, making this style a unique hybrid. Lundell has gone one further and made this a Sticke Alt. Traditionally, twice a year, German brewers in the Westphalia region would make a special version of their Alt, and hold it aside for their best customers. What it means for the beer drinker is a beer that’s a bit stronger, and a bit hoppier.

I was lucky enough to drink this beer, and I think it’s a fantastic representation of the style. 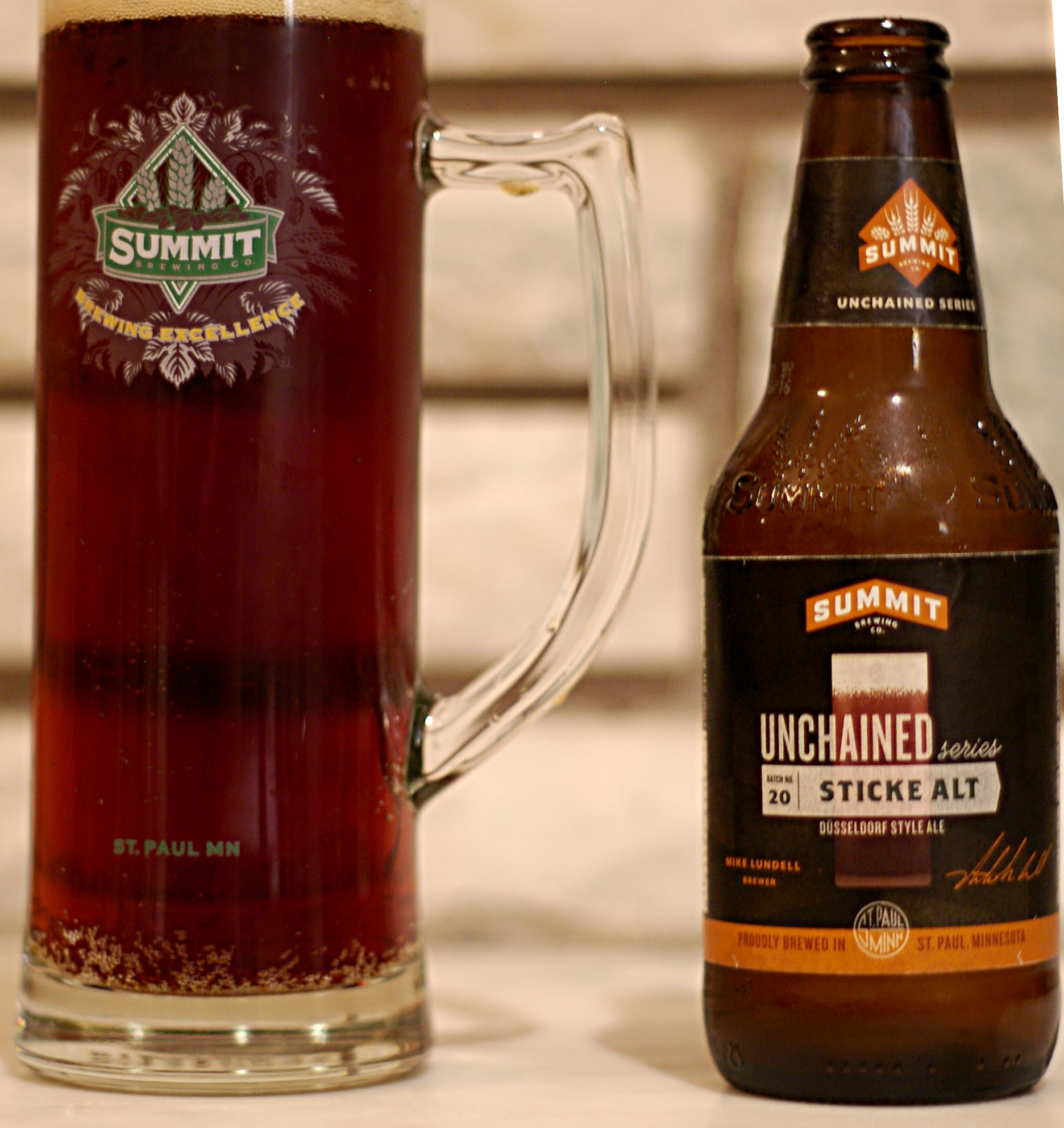 You can see the color here. Deep red and lovely.

Talk about nailing the timing on this. With all the Oktoberfests on the market during the fall, this is a fine alternative that’s brawny enough to drink into the beginning of Winter. It comes off as a little roasty, but overall very clean and smooth. It puts me right into the mood for the Fall season. Look for this beer on your local store shelves starting the second week of October.

Upcoming release events for this beer