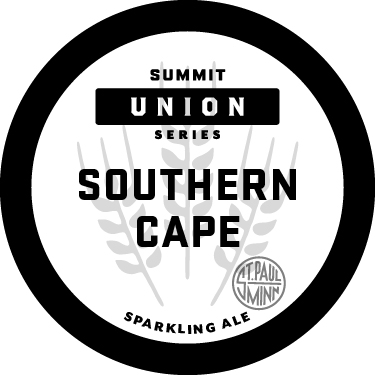 Details are starting to come out about the latest edition in the Summit Brewing Union Series. Union #3 will be a Southern Cape Sparkling Ale. A what? The name comes from the Southern Cape hop farms in South Africa.

Like all the beers in the Summit Brewing Union Series Southern Cape Sparkling Ale will be a cutting edge brew, made with new raw materials and ingredients. As the name would indicate the ingredients are coming from the southern hemisphere. Malts will come from Australia and Chili. Hops will come from New Zealand and South Africa.