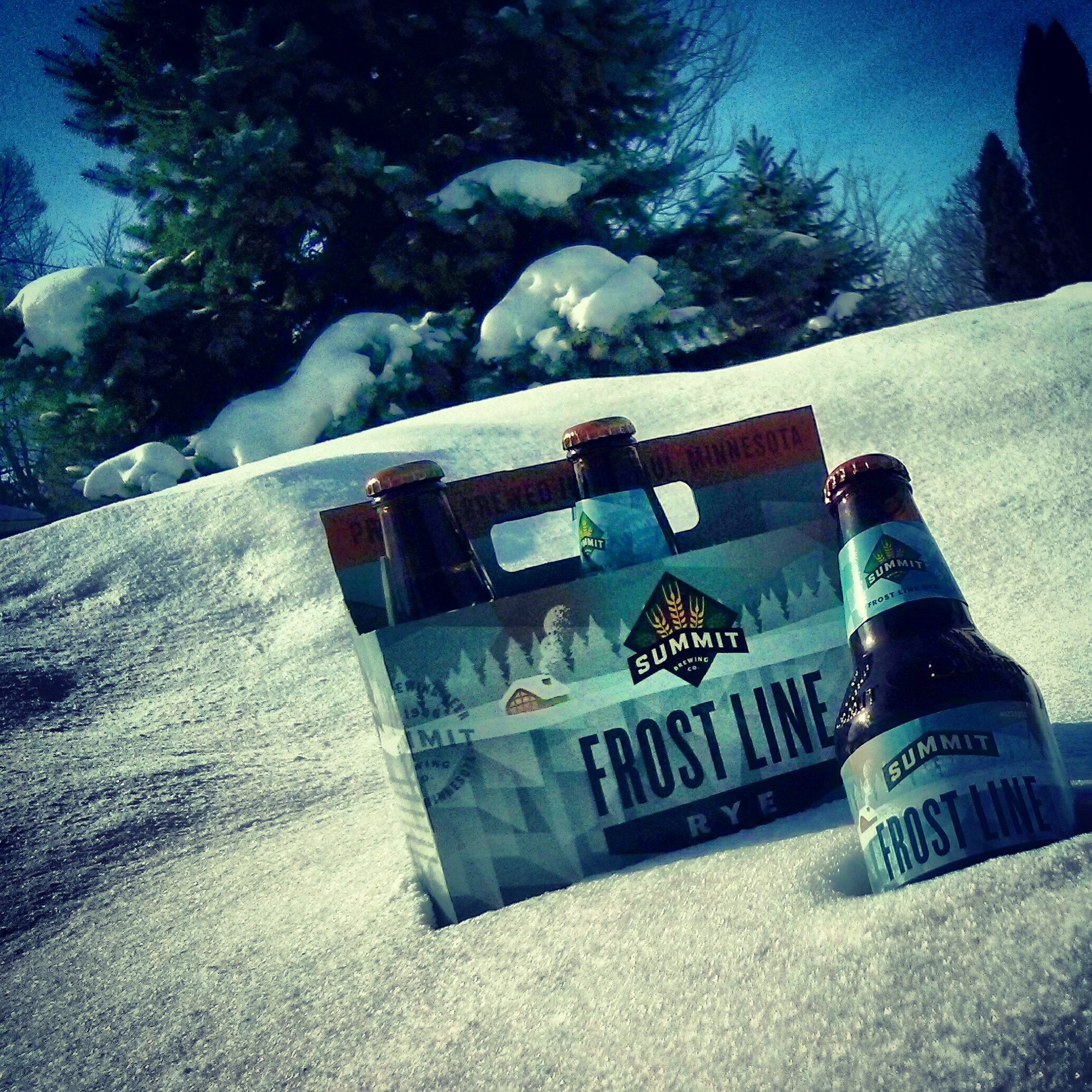 This is Summit’s fifth seasonal beer, and it will be released between Winter Ale and Maibock, offering a refreshing flavor to break winter’s icy grip and hasten the spring thaw. The suggested food pairings are equally rejuvenating: jerk chicken and pork, south Indian curry, pepper jack cheese and Irish Salmon.

“We’ve had our four seasonal brews for a long time,” said Damian McConn, Head Brewer at Summit. “But as these winters seem to get longer and longer, we thought we would introduce a beer that helps folks make it to spring with their sanity intact.”

The ale is bursting with the warm, spicy goodness of malted rye with hints of chocolate, toast, and caramel. The blend of hops – including a new experimental variety – lends a citrusy, floral hop aroma and flavor with an enjoyably bitter and dry finish.
Frost Line Rye: