Members of the House and Senate have introduced a slew of Sunday liquor sales bills to the Minnesota Legislature.

State Representative Chris Swedzinski (R-Ghent) introduced a bill he dubbed the “BRAU BROTHERS BILL” for local breweries. The bill hasn’t officially been introduced yet, but it would allow Minnesota brewers to sell growlers on Sundays. The bill doesn’t change any requirements, or taproom stipulations. The bill would merely extend retail opportunities by an additional day.

“I am introducing this bill in honor of the Brau Brothers Brewery Company in Marshall but the opportunity to sell growlers on Sundays could benefit small brewers in rural communities statewide,” said Swedzinski. “While the issue of Sunday off-sale liquor sales remains a controversial subject in Minnesota, I believe this bill finds a common, middle ground and would give small brewers a chance to grow and thrive.”
-State Representative Chris Swedzinski

We asked Swedzinski via twitter if he would be supporting other legislation easing Sunday off-sale regulations. He has yet to reply.

The fact that Minnesota brewers are looking to be able to sell their wares on Sundays takes the old “Sunday sales will only spread 6 days of days and spread it across 7 days” argument and fills if full of holes. The folks at Brau Brothers are smart. They know that increased opportunity gives them a chance at increased revenue.

This is a good bill for brewers and beer consumers. The “Brau Brothers Bill” will give brewers a chance to increase sales and make weekend brewery tours a real thing. Minnesota Wine consumers have been able to buy wine directly from farm wineries for a while now (regardless of size). Of course, if you are nowhere near a brewery or winery you will be out of luck. Is this a bill that is being offered up to distract from the liquor store issue? I’m not sure. And let’s not get started on how this would still leave whisk(e)y drinkers out in the cold. Minnesota has several new distilleries and more on the way.

“The time has come for state government to abolish this outdated law and move the decision closer to the people. While local governments should have the final say in how these sales are controlled, our citizens and businesses deserve a less restrictive regulatory climate that invites competition, creates jobs and brings fundamental freedom back to our communities. While I understand and appreciate some of the concerns raised by opponents of Sunday sales in the past, none of our neighboring states ban off-sale liquor sales on Sunday, and Minnesota is one of only 12 states nationwide with such a law. I have worked with both Republicans and Democrats who are ready to make this small but important change to our state statutes and enhance our economic competitiveness.”
-State Representative Jenifer Loon

Representative Loon’s bill certainly has merit. By giving the power of regulation to the municipalities the bill takes the state out of the equation. The “local option” puts regulation in the hands of the of city governments. The choice could be made by the people it impacts most. This is good, sort of. If Loon’s bill passes, cities will have the same issue that the state already has, exported commerce. Revenue will no longer be moving across state lines (assuming border communities adopt Sunday sales), it will be moving across city lines. In theory you would waste less gas on Sunday driving to make a beer run. However, the local option will likely leave a bad taste in the mouths of those looking for a clearer division between church and state. 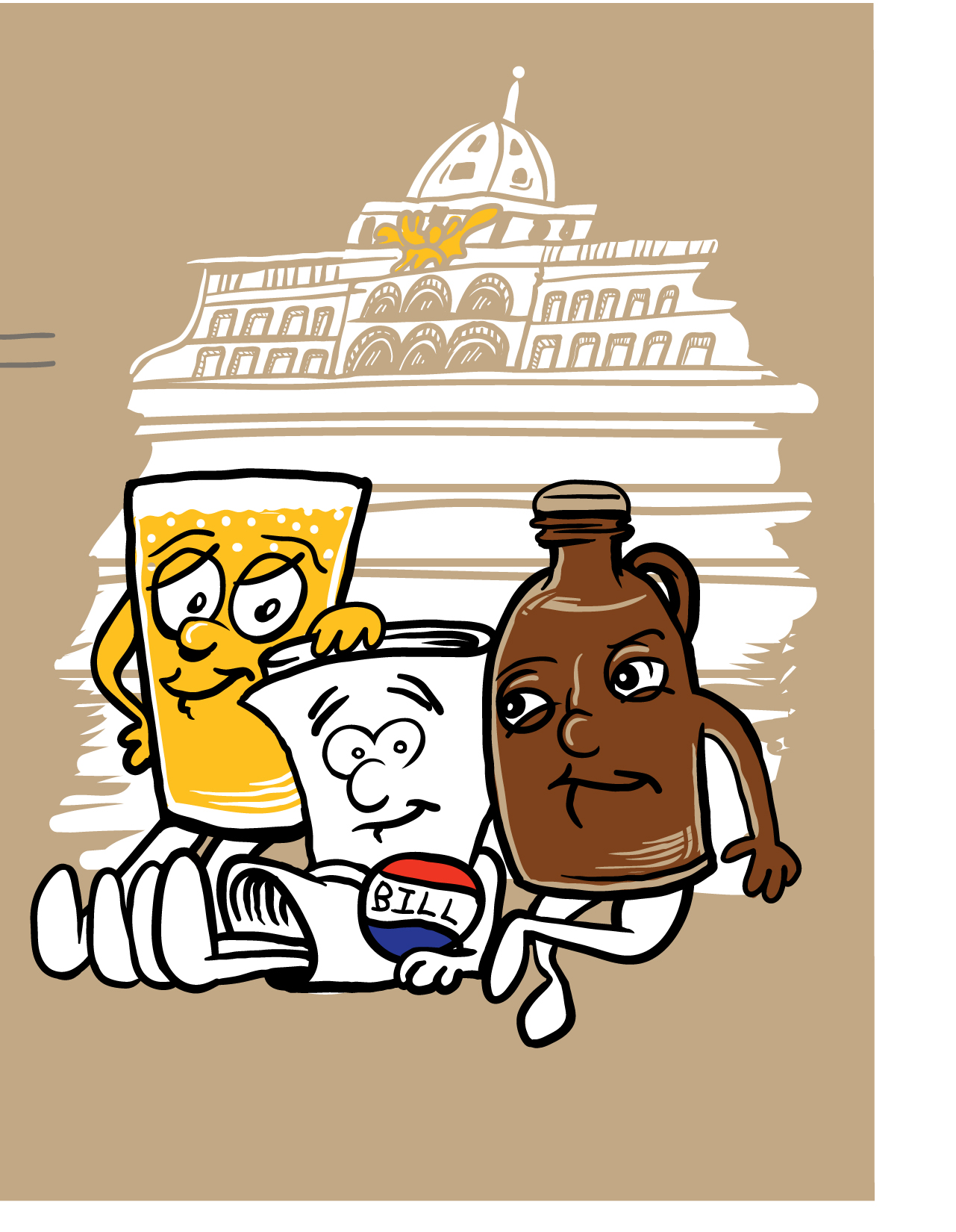 State Representative Jerry Hertaus (R-Greenfield) and State Representative Steve Drazkowski (R-Mazeppa) authored two identical bills that would lift the statewide prohibition of Sunday Liquor store sales. While these bills are the most appealing, they may prove the most difficult to pass. The sale of liquor is an uneasy topic at the state legislature. A statewide bill makes the most sense, and by far has the most momentum. However, it may prove easier to make a smaller change like the one proposed by Representative Loon.

Still in the mix is the pair of bills authored by Senator Roger Reinert (D-Duluth), and State Representative Phyllis Khan (D-Minneapolis), that remain alive from last session. Clearly there is no lack of legislation for voters to support.

Will any of the Sunday Sales bills get traction? It sure would be nice. A recent email from Speaker of the House Paul Thissen, pointed out that Rep. Greg Davids (R-Preston) sits on the House Commerce Committee and he has never heard from a store in his district asking for Sunday sales. It seems that no matter how many consumers speak up some legislators only want to hear from liquor stores.

While the issue of Sunday sales can be a touchy one, it is widely supported. Minnesotans on both sides of the aisle support lifting the ban. Latest poll numbers show that Minnesota voters support legalizing Sunday liquor sales 2 to 1. The issue has received bipartisan support, and Governor Dayton has promised to sign a Sunday liquor sales bill. With an election cycle coming up it will be interesting to see how legislators vote. After all, Sunday liquor sales isn’t a giant issue, but it is a giant issue when politicians fail to carry out the will of the voters. Don’t worry, we will be here in the fall to remind you if they represented you or the paid lobbyists on Sunday liquor sales.