The latest addition to the expanding Minnesota brewing landscape landed in local restaurants and eateries last week. The Pryes Brewing Company made a splash when their IPA appeared on tap at several hot local restaurants, including Butcher & The Boar, Burch Steak, Heyday and Libertine.

Miraculum is Founder Jeremy Pryes’ play on the (overly?) popular American IPA style. The beer is dry-hopped with over 50 pounds of hops in each 30bbl batch, it is citrusy and finishes with sweet to cut the bitterness. It weighs in at 6.4% ABV and has 75 IBUs. Bottles and/or cans are the planning, but you will have to get your fix on tap for now. While Miraculum is the first release from Pryes, the brewery plans to release additional beer varieties in early 2015. 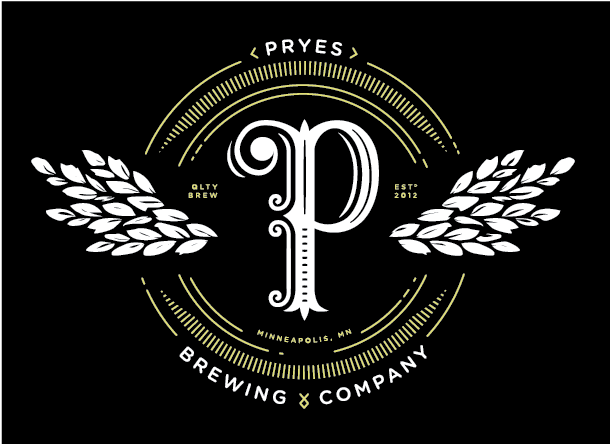 Pryes Brewing Company was founded in 2012 by Jeremy Pryes. A resident of South Minneapolis, Jeremy is a home brewer, BJCP Judge, Community Hops board member, foodie, and technologist. We first interviewed Jeremy in September of 2013 when he gave us his vision of the future for the brewing company. Since we last talked him Pryes has spent time adapting his business model and refining his recipes.

“It has been a long journey. We worked extremely hard developing recipes and getting licensing, and are excited to join this amazing craft beer community. I am so excited our beer is now on tap,” said Jeremy Pryes.

Pryes is currently brewing in Minnetonka, at the Lucid Brewing facility. Following in the successful footsteps of Bad Weather Brewing and Badger Hill Brewing, Pryes says has plans to open a taproom somewhere in the Twin Cities metro area.