Late September marked the opening of a new brewery in the northwest metro. Omni Brewing,nestled in a nondescript Maple Grove industrial park, is a relaxing place to leave behind the nine to five grind. With a spacious patio, screened garage doors, and Northwoodsesque décor, Omni provides a quiet haven to enjoy an autumn evening. 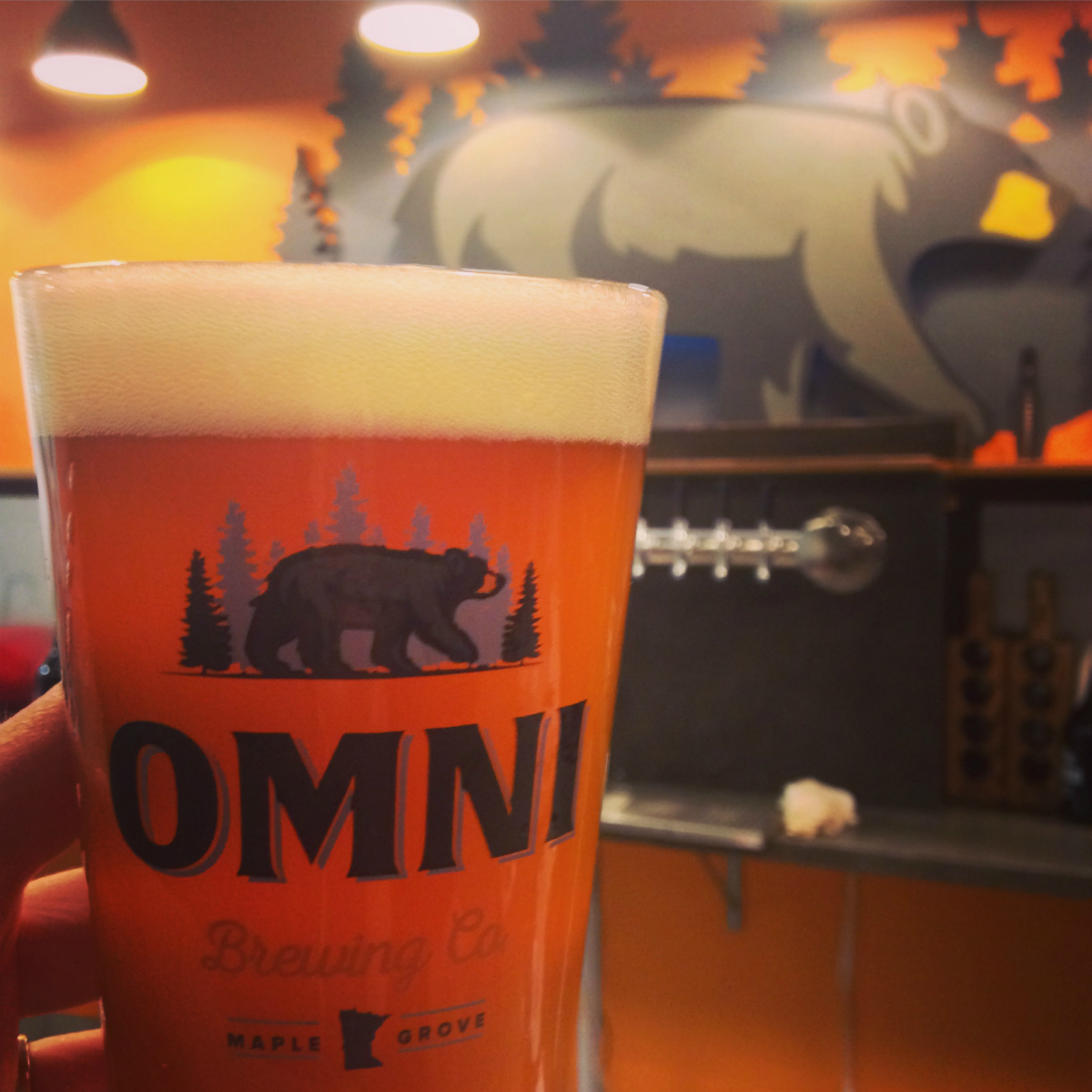 No need for mustache wax or sleeve tattoos here (though welcome, if that’s your jam), Omni Brewing has come-as-you-are feel that offers an approachable and inclusive atmosphere for newbies and veterans to the craft beer movement. With four beers currently on the menu, the brewery’s debut brews show strong promise of a well-rounded selection. Head brewer Zack Ward also promises pilot batches. He tapped a wet hop version of their Hopfull IPA last week, and he plans an aged scotch ale and double IPA in the future.

Omni’s founders funded their taproom through a Kickstarter campaign, which was wildly successful. The campaign nearly doubled their initial goal of $25,000. Omni’s backers are visible in the taproom, regularly dropping in with members-only mugs and fill-ready growlers. Ward says, “The confirmation that there are indeed craft beer drinkers in the suburbs has been so affirming.” The Omni team also values sustainability, using solar panels to power their facility.

Ward says, “The confirmation that there are indeed craft beer drinkers in the suburbs has been so affirming.”

Omni Brewing illustrates the growing strength of craft beer in the suburbs. As their website states, “We love craft beer, but got tired of having to drive into the city to get a good beer.” The next time you’re thinking about heading to Northeast, consider heading northwest instead.

Kate is an unlikely beer nerd. An ardent traveler and avid reader, she spends her time adventuring and laughing with her husband.