Stillwater’s Lift Bridge Brewery and Wisconsin’s Lucette Brewing have some problems to work out. They have girl problems, farm girls or daughters depending on your brand of choice.

Customers are mixing up the two brands now that they’re going head-to-head in some Twin Cities bars, Lift Bridge CEO Dan Schwarz said. The two breweries have gone back-and-forth over the problem for about six months, he said.

“We asked several times very nicely, and unfortunately we’ve just seen more efforts from them to confuse and dilute the brand,” Schwarz said. 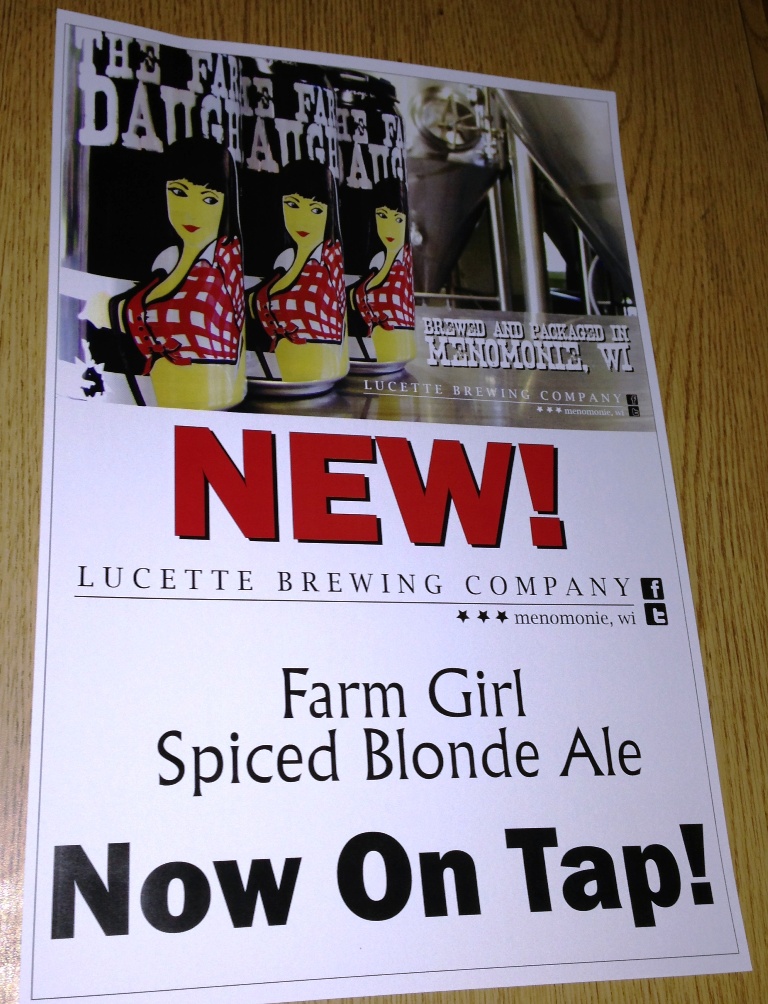 What beer is this advertising?

The Minnesota beer community and the brewing community at large often view lawsuits as something that doesn’t benefit the micro brewing industry. Some think time would be better spent fighting the large macro brewers than fighting amongst themselves.  Avery & russian River even created collaboration beer in an effort to avoid litigation. And, let’s not forget the Northgate vs Northbound issue that seems to has resolved itself.

Brewing beer is most definitely a business, and one that risks that costs time and money.  When local, or nearly local (Lucette), companies are competing for tap lines and shelf space with similar beers that have similar names and similar packaging, it is easy to see how confusion arises.

How many times should a brewer have to ask and how long should they wait for changes if they think their beer brand is under attack?  It seems Lift bridge is either tired of waiting, or asking, or both.  And with images like the one above being posted around town, who can blame them?  Promotional posters are usually provided by distributors. So, where does the responsibility lie?

Hopefully some meaningful resolution will come from the litigation, but don’t look for a collaboration anytime soon.