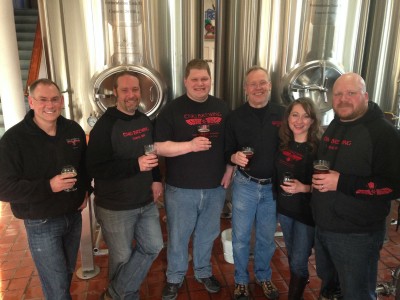 ENKI® Brewing has announced that the Minnesota Department of Agriculture (MDA) has awarded the brewing company a grant of approximately $44,000. The grant will be used to expand the Victoria, MN brewery’s production and distribution footprint, as well their quality assurance program. The added brewing capacity will enable ENKI to package their beer in bottles while adding beer styles that feature Minnesota grown hops and barley.

John Hayes, President of ENKI Brewing, stated, “We are extremely appreciative of this grant from the Minnesota Department of Agriculture and are committed to promoting the use of hops and grains grown by Minnesota farmers. All of us at ENKI wish to express our heartfelt thanks to our community leaders for their letters of support which were so crucial in the MDA’s assessment of our grant proposal.”

“This is exactly the kind of success story we like to see from the local investments we make using our Value Added Grants,” said MDA Commissioner Dave Frederickson. “It’s a great return on investment for all Minnesotans and its adding value to more than just business at ENKI Brewing. Hops and barley farmers also benefit from the use of these ingredients grown right here in Minnesota.”