Like most people, I understand words based on their intended definitions. When people twist the meaning a word from the original definition it is bothersome, disingenuous, and confusing for readers. We often see this “definition twisting” happen in the beer world when the word is, “domestic.”

/dəˈmestik/
adjective
existing or occurring inside a particular country; not foreign or international.
“the current state of US domestic affairs”
synonyms: national, home, internal

Most consumers know that “domestic beer” has been used 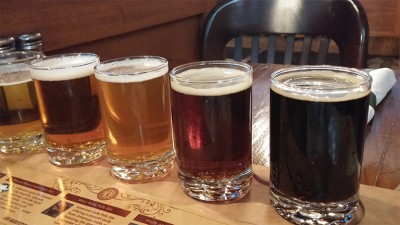 as a sort of euphemism for “macro-industrial american light lager,” for several decades now. But, the term is now even further from what it used to mean. The rise of a craft beer, the drink local movement, and American breweries being swallowed by international brewing conglomerates, make this the right time to straighten out the term “domestic.” Don’t get me wrong, I appreciate a clean, light lager. However, light lager doesn’t mean domestic. It is time we reclaim the word. It just isn’t right that a term meaning American-made excludes most American styles and brewers. Domestic can mean “at home” or “within the same country.” I appreciate American-made products, especially our resurging love of beer and our unique American styles like Cream Ale, American Red Ale, and Cascadian Dark Ale. Thus, the same term that we should be using for any beer that is American-Made should not be the opposite of the word “Craft” much less be the opposite of the word “Local.” That just doesn’t make sense.

When someone says “local beer” we automatically associate the term with smaller craft breweries that represent our local culture. When we say, “Domestic Beer” we imagine macro-industrial light lagers that have spent billions of dollars on advertising campaigns that have focused on making their brands synonymous with our country. They want you to think that drinking their macro-industrial lagers makes you more American. One of Budweiser’s many tag lines is “The Great American Lager.” The problem with their tag line is that Budweiser is owned by the AB InBev, a corporation which is headquartered in Brazil and Belgium. The #1 “domestic” brewery is not actually domestic. Sure, the beer is made in America. But, if we look to the auto industry, the fact that Toyota manufactures cars in America doesn’t make it an American car company. Budweiser or Miller making beer in America don’t make them American beer companies.

So, join me and reclaim the word, “domestic.” 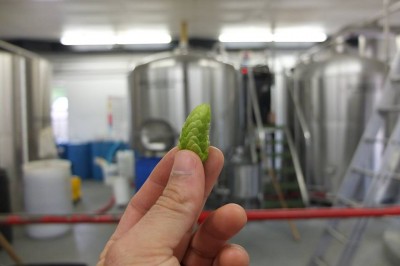 Let it represent our American spirit and our American brewing traditions both old and new. I say any beer made in the US is a domestic beer, not just macro-industrial brews by mega-corporations. Don’t let those companies hide behind the veil of Americana any longer and don’t let another great word in our lexicon get dragged through the mud any longer. Drink domestic. Drink local. Drink craft!

One thought on “Domestic vs Local? Let’s Reclaim our Lexicon!”