This post is probably a little late. Like most seasonal beers, pumpkin beer is being released earlier every year. It is a sad state of affairs, but I’m going soldier on and pretend that all is right in the world and Pumpkin beers have only just been released in the past few weeks.

Creating a pumpkin beer tap is a fun way to drink beer with friends, experiment with flavors, and be a hit at your next Halloween party. 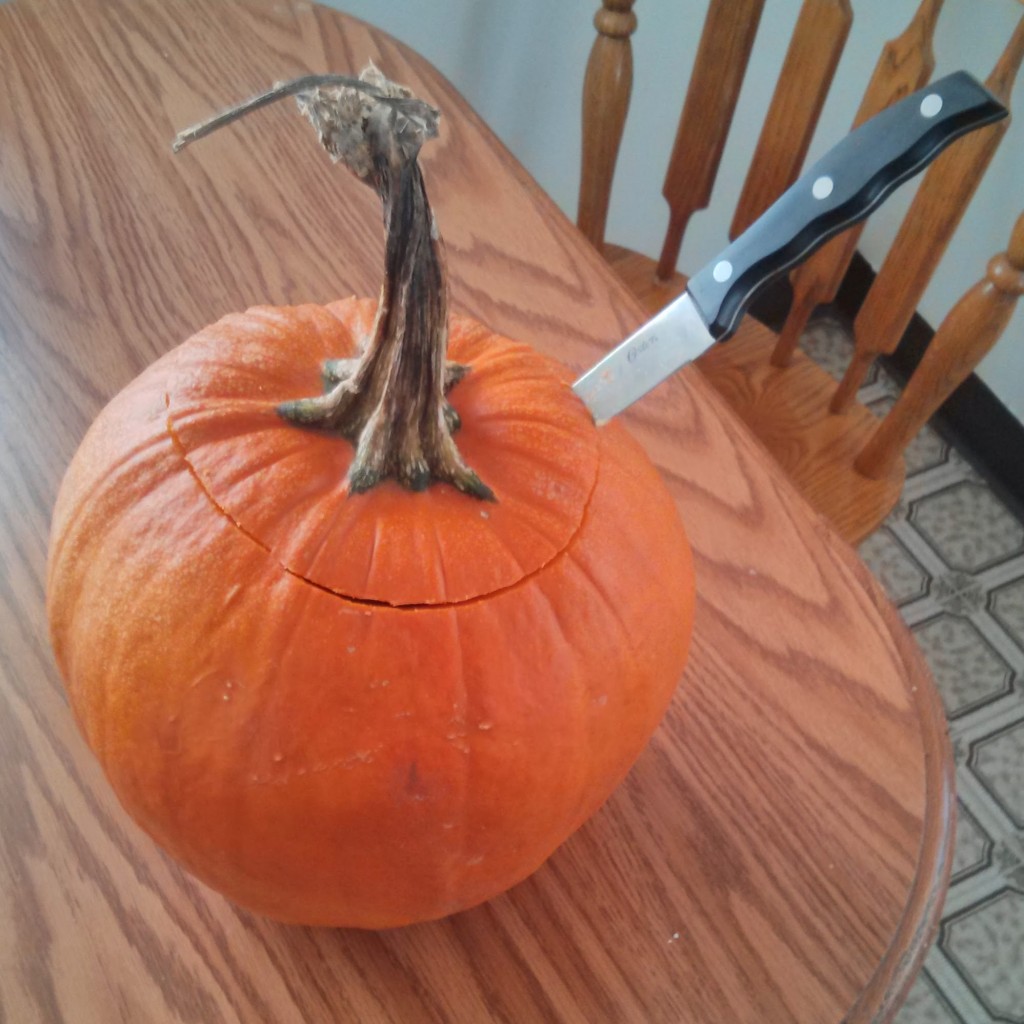 Get a medium sized pumpkin that taller with a good flat bottom. A large gourd requires too much beer,  and the walls can be too thick. A small or lopsided pumpkin will move around when you try to open the tap, not ideal. If you can’t get your pumpkin to sit without tipping over, grab a knife and go to town on the bottom. Shave bits off the bottom until it is stable. 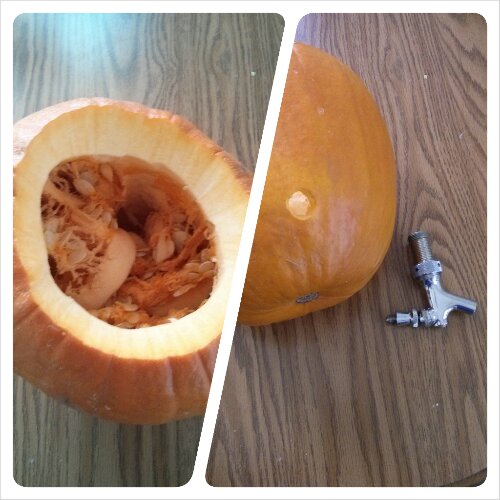 This isn’t rocket science. Just make sure to get all the guts out. Nobody wants any of that shit in their beer. Scrape the sides really well.
Start your hole from INSIDE the pumpkin. Lay a small paring knife on the floor of pumpkin. Carefully, push it it through the side, and mark the out side where it comes out. Once you have your spot marked you can carve a small triangle from the outside. Give your knife a few spins in the triangle to round it out, making sure that your hole is smaller that the tap you will be using. 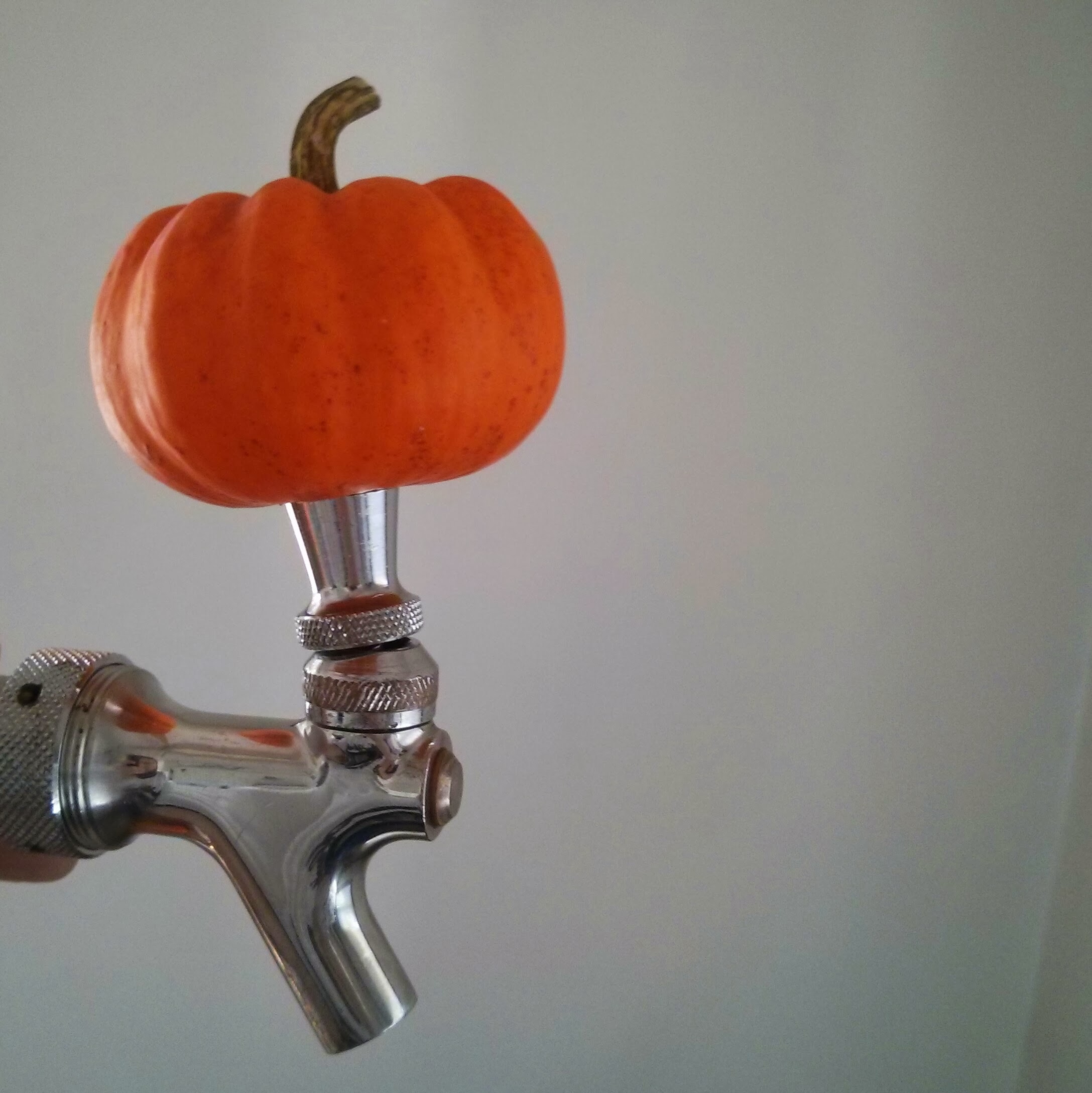 Screw your shank into the little hole you just created. You can tighten it from the inside with the nut, but if you carved the hole correctly you won’t have to. Your spigot doesn’t have to be a fancy chrome jobber. I have seen spouts from homebrew bottling buckets work perfectly as well. Just make sure it fits snugly.
I probably went a little overboard by screwing a small gourd on the top of the faucet. It looked great, but it didn’t function all that well. Oh well, if you are going over the top, you might as well go the all the way.

Throw the whole setup in your fridge for a few hours, let it get nice and cold. Grab the beer of your choice and fill’er up! I’ve used a few different brands/styles of pumpkin beer and found the stronger imperial/double beers seem to pull more of the pumpkin flavor from the fresh pumpkin. In any case, let the beer and pumpkin get to know each other for a good half hour before enjoying, let those flavors mingle. Once everyone is acquainted, pull the handle and immerse yourself in the fall flavors. 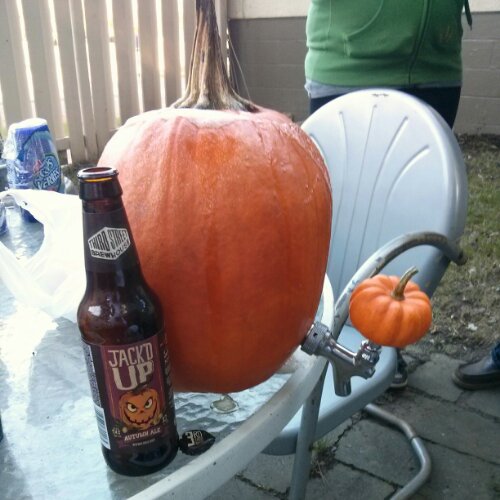