This is why we can’t have nice things.

Rumors have been swirling around for a while now about Barley John’s brew pub opening a brewery across the state the border in Wisconsin. It seems the rumors are finally becoming a reality. John Moore confirmed the rumor with Nick Halter of the Minneapolis / St. Paul Business Journal. 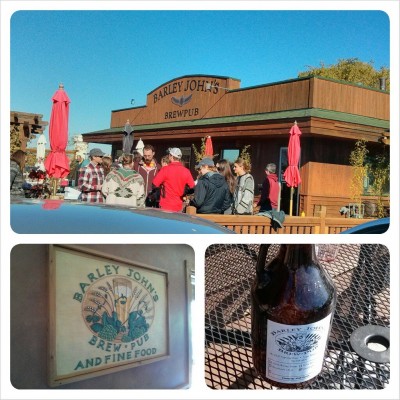 It is a sad fact that Minnesota laws have left brew pubs behind. When the “Surly Bill” was passed in mid-2011 it enabled Minnesota breweries to open taprooms and function like a pub that sells their own beer. Sadly, a bill that was heard in commerce committee directly after the “Surly Bill” could have given brew pubs the option to enter into distribution, making breweries and brew pubs close equals under the law. The bill was not nearly as popular as Surly’s taproom legislation, and many people (including myself) walked out of the committee hearing after the taproom bill was approved, leaving brew pubs with little support and a bill that did not pass the committee.

Elliot Ginsburg & Erin Conway from W. Michael Garner, P.A. wrote a great article on MnBeer.com about why the regulatory concerns of brew pub distribution are unfounded and misguided. It is a great article. It sure makes me regret walking out of that committee hearing early. Now that Barley John’s new brewery is being built in Wisconsin, I’m probably not the only one with regrets.