A Guide to What is New at ABR 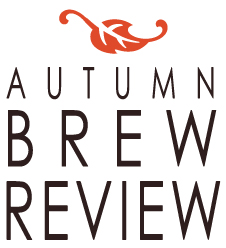 2012 has been a banner year for new breweries and expansion in Minnesota. Here’s a look at just a few of the new brewhouses that have popped up across the state and will be on parade at the Autumn Brew Review.

While it was named through a rough translation of two brothers’ names in Old English, the first thing I think of when I hear the name “Badger Hill” is Brian Jacques’ Redwall series.

Given that it was one of my favorite series to read growing up, I’m hoping that the beers of Badger Hill will become fast favorites, as well. Based out of Minnetonka, MN, Badger Hill is wasting no time in bringing some of its favorite flavors to life. What will be pouring for us… an MSB (Minnesota Special Bitter) that is in the English Special Bitters style. This has a 5.7% ABV and a 47 IBU. It is also available in cask. It’s followed by Three Tree American Rye which is an American Rye with 5.2% ABV and 48 IBU.

I actually got to have my first Brainerd Lakes sample care of Zorbaz Crozz Lake in August. It’s one I’ll probably remember for a long while because when I asked about the First Pull IPA tap (I didn’t recognize it), a 40-year-old in a cream-colored sweater turned around and said, “It’s an IPA – that means India Pale Ale.”

Seriously, thank you for that educational tidbit sweater man.

And for those members of the group who missed it, all together now: IPA = India Pale Ale.

According to the website, Northbound will be opening its physical location in the next week or so. That being said, get out your eatin’ pants because if there is one thing that beer drinkers love more than putting back a pint, it’s tearing into a platter of meat.

Just call it the modern-day version of the Paleo Diet.

While it won’t have any savories on offer (it’s cool, we can start a support group, I would be so simpatico with a meat tasting), Northbound is bringing us Big Jim IPA, which is an American IPA weighing in at 7.2% ABV and 92 IBU, as well as Wild Rice Amber, which tips the scale at 6.6% ABV and 43 IBU. Does this mean that Barley John’s Wild Brunette has some friendly competition? Maybe.

With the most Minnesotan of all debuts at the State Fair, those of us who did not get a chance to make it to the Land of 10,000 beers now have a chance to get in on the action as Pour Decisions will be joining us for the Autumn Brew Review this year!

Pour Decisions will be serving its inaugural brew, Pubstitute, with a 2.9% ABV and 12 IBU as well as its Patersbier which is modeled after a Monk’s Daily Ale with a 5.7% ABV and 41 IBU.

One of the things that always drives me bats about beer festivals is that sober participants have to pay. Does that mean I live in fear of the day I become pregnant and thus a designated driver? Absolutely.

But back to the sober participants. Yes, they pay a reduced cost with the understanding that they will not have the variety that non-sober participants do. But, I mean, come on! Can anyone over the age of 10 really drink Root Beer for four hours straight? Absolutely not. Unless you plan on ending up in some sort of diabetic coma. So, I think it’s really inappropriate to expect these folks to.

Glewwe’s Castle Brewery to the rescue!

To cut the heaviness of the classic Root Beer, it will be offering great sippers, including Mushtown Cream Soda, Mary Ann’s Ginger Ale and Swamp Angel Voodoo Black Cherry.  And if, somehow, you haven’t gotten your fill of Root Beer, its classic Spring Lake Root Beer will be on offer, as well.

Like I’ve said before, if you’re at the ABR and see me, let’s grab a taster and do a proper cheers! I’d love to meet as many of you as possible.