13 Things Your Taproom Server Wants You to Know 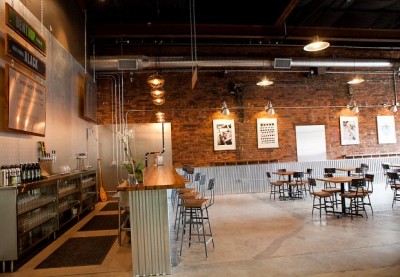 On every shift they work, Minnesota’s taproom servers greet wave after wave of new customers who are exploring craft beer for the first time.  They see the amazement and confusion in the faces of customers who are quickly overwhelmed with new information. If only there was a way that someone could sit you down and explain the subtleties of the taproom scene, you’d be on your way to that perfect taproom experience.

I asked over a dozen experienced servers what tidbits of information they want to share.  They responded, and those compiled results are below.  They’re in no particular order.  And no, I’m not calling it a top ten list – that’s Letterman’s schtick.  However…  maybe Anton will give us a drum roll:

“Don’t be afraid to try something different and request a sample.”

Yes, a sample.  In most cases, FREE.  This gives you a chance to try something without buying a pint of something you suddenly realize you don’t like.  But use this opportunity wisely – don’t ask for a sample of everything.  Similarly, ordering a tulip glass/half pint/swifty is a great way to try a few beers, or slow down when you’ve had a few. Don’t waste beer.

“The beers listed on the board are the beers available.”

You may have come in looking forward to trying that uber beer your BFF told you about, but if it’s not up there, it’s not available.  Many taprooms actively rotate their beers, so when it’s gone, it could be weeks before it is back.  And no, contrary to popular belief, there are no secret stashes of the uber beer everyone wants behind the bar.

“Firkins and casks are only for that day.”

Special beers are packaged in small containers and are in VERY limited quantity.  If you really want it, you need to be here or on your way when they tap it.  There are about 86 pint glasses in a firkin, and then it’s gone.  Beer hunters are attracted to firkins like bees to pollen, so if you see it available, now’s your chance.

“The lady behind the bar, standing next to the bearded beer tender, knows just as much about all the beers and brewery.”

Yes, the men look very official and burly and all beer-wiser, but the ladies all know about the beer too.  Depending on what you want to know, they may be able tell you more than fuzzy could.  Contrary to popular opinion, a beard doesn’t automatically make you beer-smart.

“Dispose of your food trash when you’re done eating.”

There are differences between a taproom (brewery without a kitchen) and brewpub (brewery with a kitchen).  The latter will have waiters and waitresses who will come to you, take your order, bring you goodness to eat and drink.  You pay your bill at the table and leave.

A taproom needs you to come to the bar to get your beer (usually), and then find a place to sit down.  Was that a food truck parked outside? You can go get some food and bring it in, or even bring in food from nearby restaurants or even home.  But clean up your stuff, throw your trash, pay your bill.  Make that space nice for the next customer.

What can’t you bring to a taproom? Someone else’s beer (that’s just rude), wine, spirits and any form of hard liquor.  You can’t make mixed drinks. Why? Because it’s illegal.  It’s the law.

If an establishment has an obvious serving/ordering area, make sure to move out of the way after you receive your beer, have paid, and have engaged in chit chat with the staff. Even if there is not a line now, there might be soon, so don’t just post up in the serving areas.

“Bring your glass back when you want another or you’re done.”

This hits at those differences between a taproom and a brewpub again. Taprooms do not have busboys and girls. So when you finish your beer and want another, help them out by bringing the glass back to the bar. They’ll give you a fresh beer in a fresh glass! It keeps them behind the bar pouring beer and, hence, keeps the lines shorter. Win-win.

TIPS stands for ‘to insure prompt service’ (or so I am told)’.  Just because they are behind that bar (and didn’t come to your table) doesn’t mean they don’t appreciate a tip if they did their job well.  If math is not your strong suit (it’s not mine), my rule of thumb is a buck a beer (approximately 20% based on a $5/pint).

“We love to chat about beer… unless it’s super busy.  Then please let us work.  And patience is a virtue.”

Don’t be shy! Feel free to ask them as many questions about the beer as you’d like when they’re idle.  They really do LOVE talking about it.  However, when a bus or pedal pub or wedding party or large group just appeared and they all want beer now, you should let them work.

Remember that they’re doing their best back there.  If you need something, please be patient until they get to you.  Sometimes it helps if you can make eye contact with them and not be looking at your phone – then they’ll know you want something.

“Those beer names can be tricky.  Let us help you say them and explain them.”

There is so much to learn about craft beer. Size On? It should be pronounced “say-zohn”. Head’s up: there are more beer styles than just IPA, double IPA and Russian Imperial stouts. Oh, and session beers aren’t necessarily lighter in flavor. Not every IPA tastes like Pliny the Elder.  They’ll educate you and correct you, gently – if you listen.

“Please don’t take our glassware home to clean and return!”

They know everyone is trying to be helpful, but some of us can’t resist taking our glassware home… to wash and return.  <cynical look> Right.  The problem is, they need those for other customers who will be here before you get back.  They get paid for doing dishes.  Bring them up to the bar empty and just leave them there.

Those glasses are super-cool, I admit.  Almost every taproom has them and more for order on the website. Some will, depending on availability, be able to sell you a glass in the taproom (look for the merchandise area).

“Start a tab – and bring everyone’s ID when you order.”

If you think you’re going to have more than one, it makes it easier on everyone if you open a tab. Or better yet, buy the first round for you and your friends so they don’t have to slow things down by ringing everyone up individually.

Oh and speaking of buying for friends, you’re being all awesome and standing in line for your group, ultimately they’ll want to see and ID for each person you are ordering a beer for.  They have to follow the law and not serve to minors.  From one server: “We appreciate and love that you are willing to buy beers for your comrades and keeping the lines shorter, but it is very important to us that we don’t over serve someone who’s had enough, or someone underage who should be drinking Sunny D instead.  Or purple stuff.”

“Be slow to judge the brew.”

If you haven’t already, you’re going to find out that all beer is not the same. Give your palate some time to adjust before dismissing a style of beer altogether. After a few sips of beer, your palate will gradually adjust and the stronger, more pronounced qualities will eventually be balanced by the more subtle flavors and complexities, often changing your perception of a certain style.

My sincerest thanks to the folks who contributed (well, basically wrote) this post: