Sadly, the Sunday sales amendment sponsored by Tina Liebling was shot down by both sides of the aisle.
Watch video testimony here.
Shortly after the vote House Minority Leader Kurt Daudt tweeted the roll call including his negative vote.

Here is a copy of the roll call for the Sunday Liquor sales amendment. twitter.com/kdaudt/status/…

Daudt’s vote and the “no” votes other Republicans seem to contradict the MN GOP Platform.

We support a fair, honest and competitive business environment… 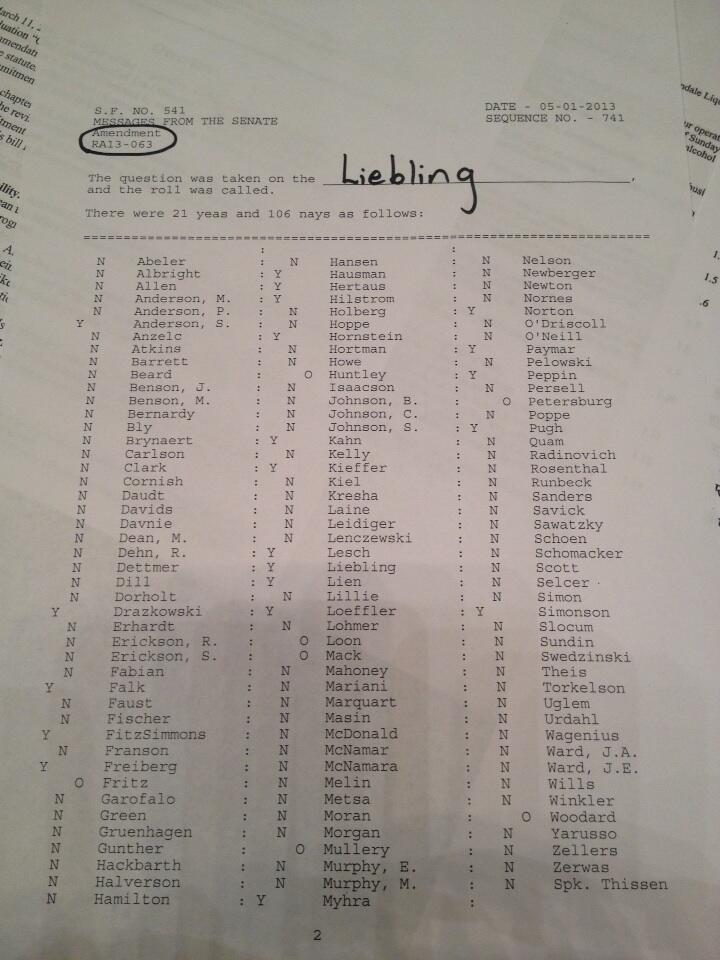