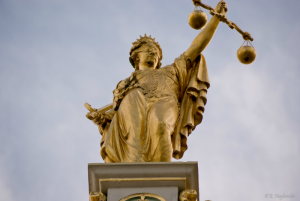 During the lead up to the House vote on Sunday liquor sales last week, one representative made vague references to a Supreme Court case that could result in litigation if Minnesota was to pass the law. 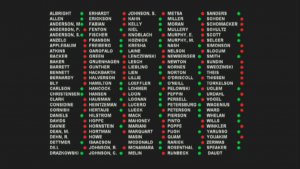 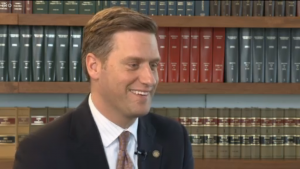 The House version of the omnibus liquor bill is on the calendar to be heard on Tuesday, April 28th. It turns out it’s the same as the Senate, the House… 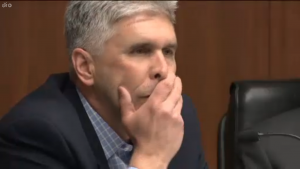 A vote is coming soon in the House and that has been the best path for a bill to allow repeal of the Sunday liquor ban this session. Give your House Reps a polite phone call to let them know this issue is important. 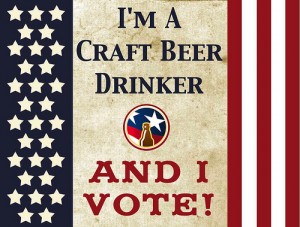 Minnesota Senate fails to adopt full Sunday liquor sales, now it is up to the House

Missing from the omnibus liquor bill was a repeal of the ban on off-sale Sunday liquor sales. An amendment from Senator Susan Kent to allow Sunday sales was quickly introduced and a rousing debate and though discussion ensued. 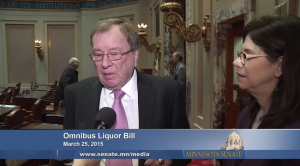 The Senate appears to be in a hurry to vote on their version of the liquor bill. Sunday liquor sales will be introduced as a floor amendment this Thursday. Contact your Senator and ask them to support the Sunday Sales amendment. It is important to be polite, but make sure your Senator knows repealing the ban is important to you. 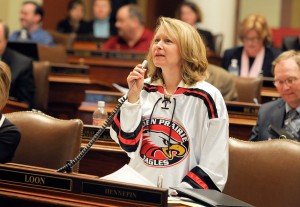 Judging from the 8 amendments filed with House Commerce Committee, members could end up adding everything from Sunday car sales to cannabis to Rep Jen Loon’s repeal bills. While those topics might very well deserve discussion at the legislature, as amendments they would add unnecessary controversy to repeal bills. Not only could any of these red herring amendments distract from the topic at hand, but would also play into a “poison pill” or “wrecking amendment” scenario. 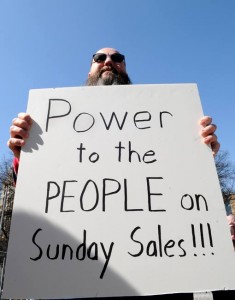 Two bills aimed to repeal the ban on Sunday liquor sales in Minnesota will finally have a hearing in the House Commerce Committee. The Hearing is Wednesday, April 8 at 2:30pm. It will be held in Room 10 at Minnesota State Office Building.