We want the FUNK! Gotta have that FUNK! Ahh… I can still hear the sounds of George Clinton’s proclamation every time I pull out a bottle of that Funky Jew.

This year’s Funky Jewbelation (2016) will be paired side by side with the Vintage 2015 Funky Jewbelation on this fine evening in Downtown Minneapolis. We brought our World Beer Championships Gold Medal winning buddies with us Mr. Hop Manna (IPA) and Mr. Slingshot (American Craft Lager dry hopped with Cascade and Citra hops) to join the party as well.

Luke was kind enough to let our funk take over a few of his taps, won’t you take me to Funkytown? Yes, at Bulldog Downtown Thursday March 3rd… sure will. 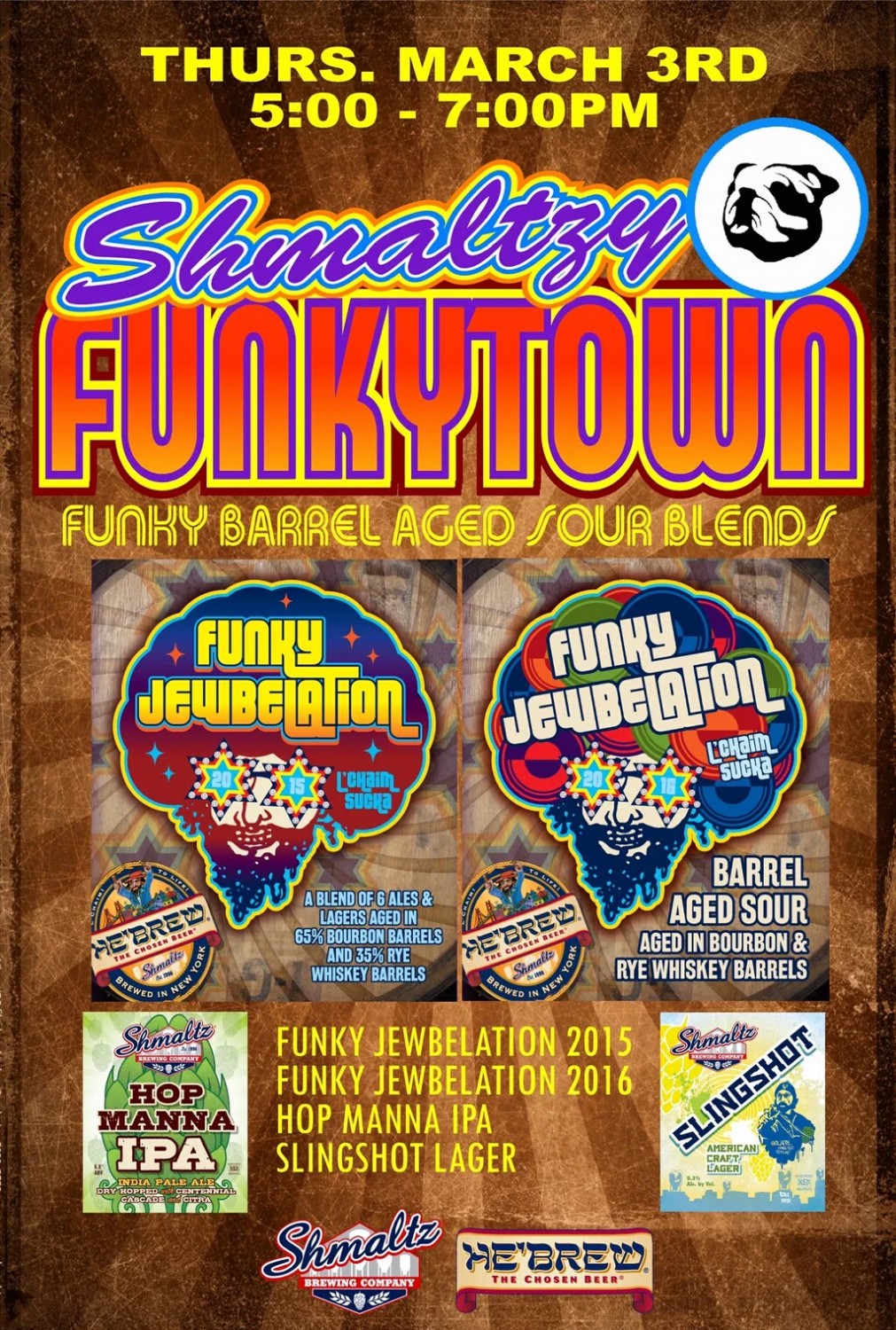