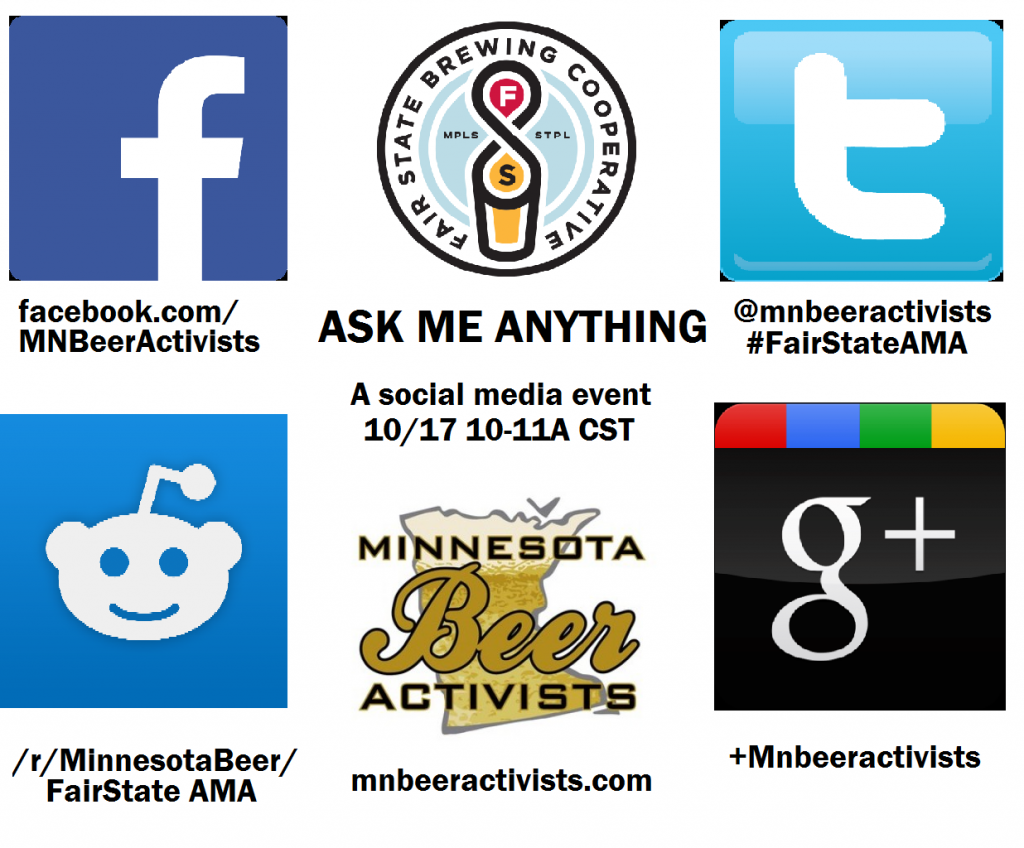 The entire conversation will be done interactively on Reddit at this LINK.

Everyone is encouraged to submit your questions live via Twitter using #FairStateAMA or posting a private message to Facebook (https://www.facebook.com/MNBeerActivists).  Technical minions will be copy/pasting your questions and posting them for the group to answer.  At the conclusion of the event, highlights from the AMA will be posted on the Minnesota Beer Activist’s website at http://mnbeeractivists.com/newsfeed/FairStateAMA.

I recently spoke to the guys about the upcoming AMA.

“I’m really excited to have the opportunity to talk to the Reddit beer community about our brewery. We’re pretty new on the scene, but I think we are already bringing something really unique and special to the Minnesota beer community,” said Evan.

Taproom customers and home-brewers often ask Niko what it’s like to open your own brewery.  “I’ve brewed in a number of different breweries, but it’s been a different beast altogether to turn an empty room into a functioning brewery.”

On Saturday 10/18 at 11:30a, the first meeting to elect Fair State Brewery Cooperative’s board members and conduct brewery business will occur. “Our first election is going to be a real milestone. Our member-owners will get the chance this weekend to vote in their first fully member-elected board,” states Matt. “This is where the rubber meets the road. We have a strong slate of candidates running for election, and I’m really excited to see what happens.”

When the meeting concludes, the brewery will open up to the public at 2:00 PM for Coop-Toberfest! Featuring 9 beers on tap, including the premiere of the Festbier (Märzen-style lager), Gerhard’s Brats, Aki’s Pretzels, live accordion music and games.